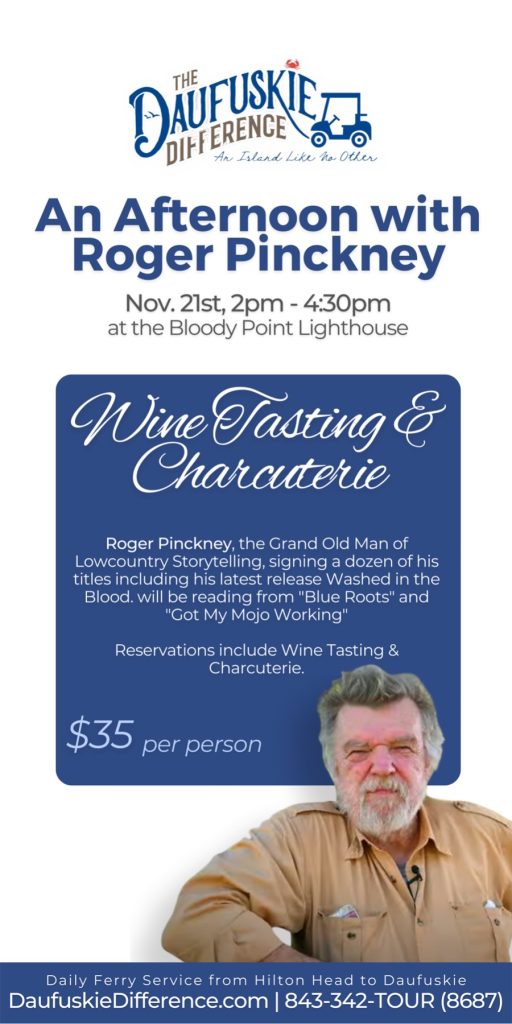 You’re invited to the Hoodoo Wine Tasting & Charcuterie event of a lifetime on Daufuskie Island, hosted by Roger Pinckney.

He’s written loads of books on the subject of Hoodoo, an’ he knows his stuff. Ain’t nothin’ he don’t know ’bout conjurin’ spirits an’ such. An’ if y’all are interested in charcuterie, he’s the man to talk to too. He makes some mighty fine sausage an’ ham.

Matter a fact, I knew a feller that went ta one of his tastin’s once, and he told me that it dang near changed his life. He was so full of good food an’ drink, he near about fell asleep right there at the table. But it was worth it, he said.

So, anyways, if y’all are interested in learning about hoodoo or just want some good eats with a legendary Lowcountry author, make sure to stop by the Bloody Point Lighthouse on Monday, Nov 21st from 2-4:30 p.m. Ya won’t regret it.

Tickets are $35 and can be purchased here.