Parking, traffic, a potential lawsuit: What’s the future of the Daufuskie Island ferry? 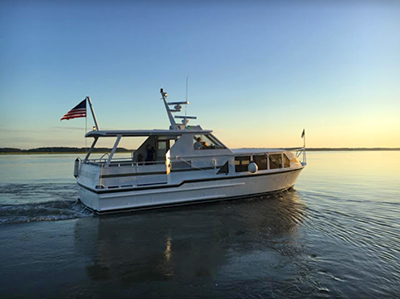 Almost a year after Beaufort County officials revealed three options for a permanent embarkation location, the future of the ferry that shuttles residents and visitors to Daufuskie Island is still unsettled.

The ferry’s current location at Buckingham Landing has served as a temporary facility since 2017. The county staff were tasked last year with finding a better, more permanent place.

But residents, and county officials, are still split about where it needs to go.

Since 2017, Buckingham Landing residents have complained about the parking and traffic problems caused by Daufuskie Island ferry operations near their Bluffton neighborhood.

The location is dangerous, they say, and it hasn’t gotten any better in almost four years. They want the ferry to find a new home as soon as possible.

READ THE REST OF THE ISLAND PACKET’S ARTICLE HERE