Native to the Lowcountry, alligators are often seen here, but they can be elusive during the heat of summer and the cold of winter. 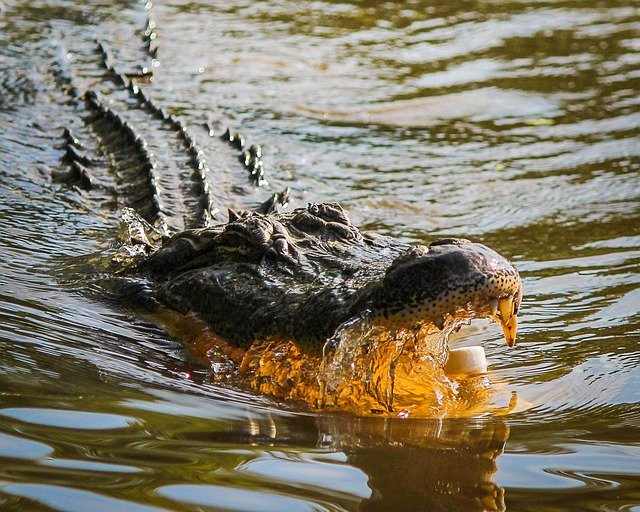 Alligators will go into a semi-hibernation period during the coldest months of the year, only emerging on the sporadic warm days we receive due to Daufuskie Island’s temperate climate. When this happens, they spread out on the banks of lagoons, soaking up the sun’s warmth.

Heat plays a major role in their bodily functions, due to the fact of their ectothermic nature (cold-blooded). Digestion and anabolic activity are all reliant on their ability to absorb and maintain body heat. If the animal has absorbed too much heat in the middle of summer, they will dive to the bottom of the lakes, burrow into the mud and slow their heart rate, as to not burn up the oxygen in their system. Alligators can stay submerged for long periods of time, and some have been known to stay underwater for over an hour.

An apex predator, the alligator’s diet consists of fish, birds and turtles. However, they are scavengers and will eat anything they can find, even something dead and decaying! Because alligators have high levels of stomach acid, they can eat food that other animals, such as humans, find fouled or contaminated. This extraordinary adaptation is a critical aspect of survival for these creatures.

Like other reptiles, gators do not have to eat as much as warm-blooded animals.

Depending on their environment’s temperature, alligators can go long periods without eating. However, they are also capable of taking down large animals of prey. Visitors or people unfamiliar with the alligator species should proceed with caution. They can be very dangerous to humans.

The American Alligator is a precious natural resource that at one time was considered rare and endangered. Due to conservation efforts and education of the humans, alligators have experienced a rise in numbers. They are a resource worth protecting. Humans should work in harmony with the alligators to ensure their survival for generations to come.