Beach and boating weather is here! 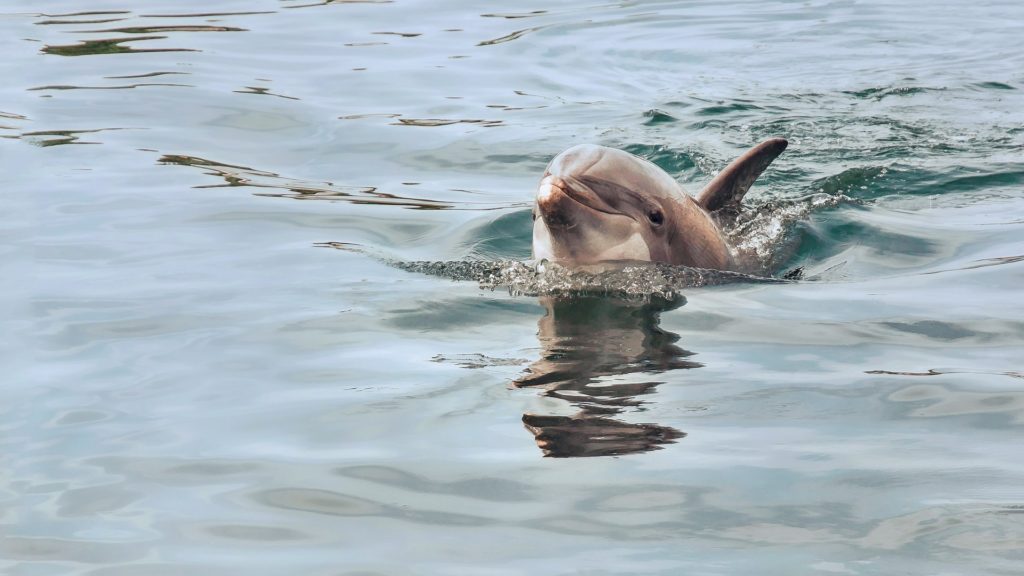 South Carolina Department of Natural Resources (SCDNR) officials urge residents and visitors to safely share the waters with wildlife such as dolphins.

South Carolina is home to an estimated several hundred bottlenose dolphins. These large, fish-eating mammals reach 12 feet in length and an average 400-600 pounds in weight. Bottlenose dolphins are year-round residents of our nearshore coastal waters. They are curious in nature. But, it’s important to remember: dolphins are wild animals. They should be admired from a distance, for the safety of both humans and dolphins.

Interactions with humans, including boat strikes and crab trap entanglements, are among the top causes of death for bottlenose dolphins in South Carolina.

If left alone in the wild, bottlenose dolphins can live for more than 40 years. Females typically live 5–10 years longer than males, with some females exceeding 60 years.

According to federal guidelines, boaters must remain at least 50 yards from dolphins, porpoises and sea turtles and 100 yards from large whales. Fifty yards is equal to 150 feet – roughly the length of three semi trucks or half a football field. Shrimp boats must be especially careful. Dolphin love to dine on this delicacy. They follow the trawlers in hopes of getting the shrimp that squirm through the nets. Therefore, professional shrimpers must be vigilant to make sure no dolphin get accidentally trapped in their nets.

Collisions between boaters and dolphins are more likely to occur in shallow waters, particularly in small tidal creeks and along marsh edges. Staying alert, following safe boating practices and maintaining lower speeds in these areas can reduce the risk of a collision.

Injured, stranded or dead dolphins should be reported immediately to the SCDNR wildlife hotline at 1-800-922-5431.

If a boat accidentally collides with a dolphin, biologists ask that the boater stand by and immediately contact SCDNR or the U.S. Coast Guard on VHF Channel 16. Doing so provides biologists the best chance to help the animal and gather valuable scientific data.