Search
HomeBlog ActivitiesHop on over to Hilton Head for St. Patrick’s Day Parade

Make sure to get your green on for the Hilton Head Island St. Patrick’s Day Parade! 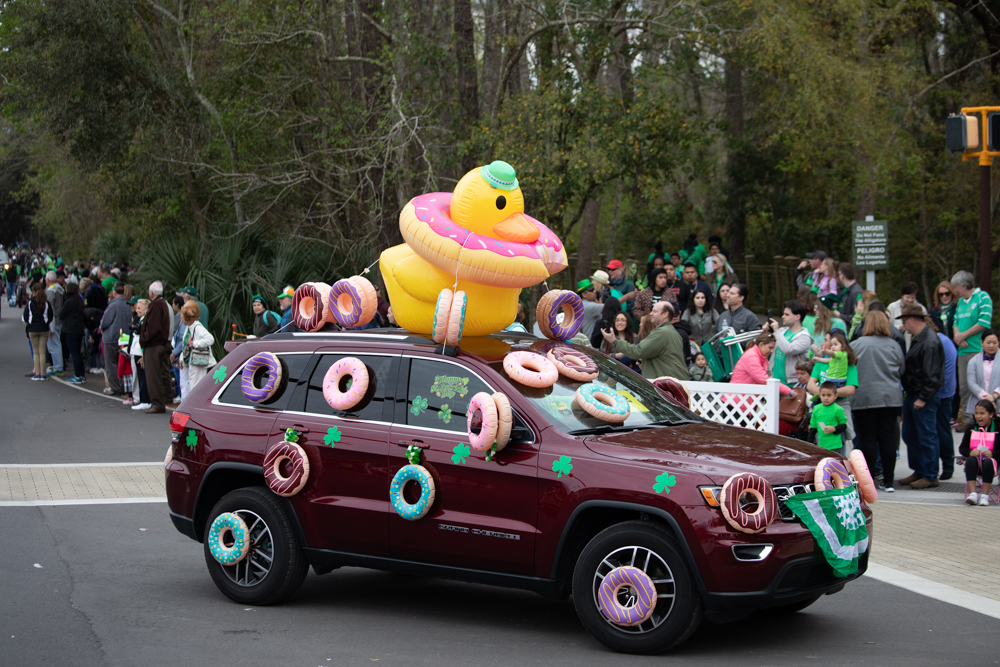 The parade was founded in 1983 by local business icon Tom Reilley and a few friends and family. Today, the Hilton Head Island St. Patrick’s Day Parade has grown to become one of the Lowcountry’s most beloved and popular annual events. Fun fact –  it is South Carolina’s oldest parade! Upwards of 25,000 spectators (in a town of approximately 40,000 permanent residents) line Pope Avenue in Hilton Head’s downtown.

Over the years the Parade has also featured the iconic Budweiser Clydesdales, military jet flyovers, the Planter’s Peanut Nutmobile with Mr. Peanut, the Oscar Meyer Wienermobile, and Nashville recording star Michelle Murray among other special attractions. The parade was recognized in 2002 as one of the Top 20 Tourism Events in the Southeast. This is a wonderful honor and our community is very proud! In 2013 the Parade received a commendation from Hilton Head Island’s Town Council in celebration of its 30th anniversary. It remains a welcome to spring and favorite Lowcountry event.

Awards for the many participating floats include:

THANK YOU FRIENDS OF THE PARADE: