Search
HomeBlog ActivitiesLearn More About the Opossum, Americas’s Only Marsupial

The opossum, also known as Didelphis virginiana, is America’s only native marsupial. 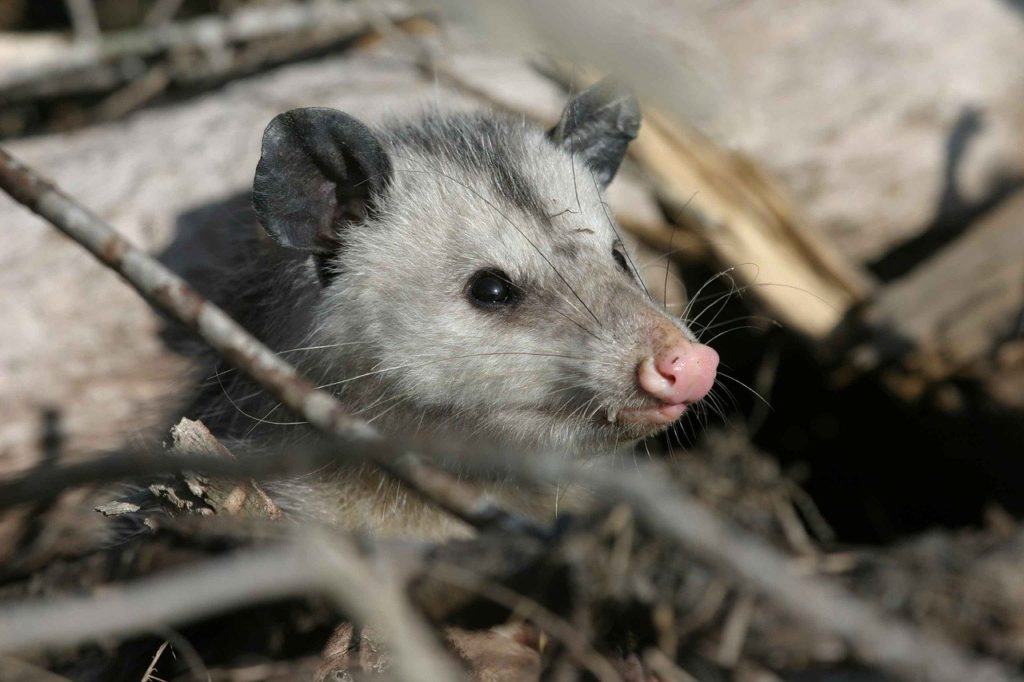 The opossum lives throughout most of the U.S., from the Great Plains to the Atlantic Coast, and from Ontario to Mexico. Opossums were introduced into California since they are not found west of the Rockies.

Their fur is greyish white all over, with black tips on the nose, tail and ears. They have coarse hair covering their entire body except for their tail. The tail is well developed for grasping while opossums climb. They also have 5 fingers on their hands and feet, including an opposable thumb on their rear feet. The opossum can weigh between 4 and 7 pounds and may be as tall as eight inches. They usually live to be between two and four years old.

The Opossum is thought to be the most adaptable animal in the United States.

They are opportunistic omnivores, allowing for a wide variety of food. They are also highly adaptable to many different types of living environments. Opossums are found throughout South Carolina’s residential, woodland and farmland areas. They do not make their own dens, but will commonly take over abandoned ones. They will make nests inside burrows, tree cavities, old squirrel nests, brush piles, garages, attics and even under homes.

These well-adapted animals are also known to eat many different types of insects, small reptiles, small mammals, fruits and vegetables. They scavenge for food in garbage cans, compost piles and in roads.

Opossums are polygamous animals, breeding from January to August.

Females will have up to two litters in a season, with each litter producing between seven and 11 young. Females go through a 13-day gestation period. The young will then crawl out of the womb and into a pouch on the female’s stomach, where they attach themselves to a nipple within the pouch and nurse for up to seven weeks.

Opossums are nomadic creatures with a home range of up to 50 acres.

They are mostly nocturnal, but can be seen foraging during the day as well. Opossums do not hibernate during the winter months and will tend to stay inside of a den or burrow until the weather permits them to forage again.

When it comes to survival, opossums put up a good fight. They are almost immune to rabies and are resistant to rattlesnake, cotton mouth and other pit viper venom. However, they are highly susceptible to predation from larger animals.

Humans are allowed to hunt opossum in the state of South Carolina for their fur or meat. However, most local hunters find them a nuisance as opposed to a resource.