As an artist, I suffer from this problem — it’s an issue with focus. 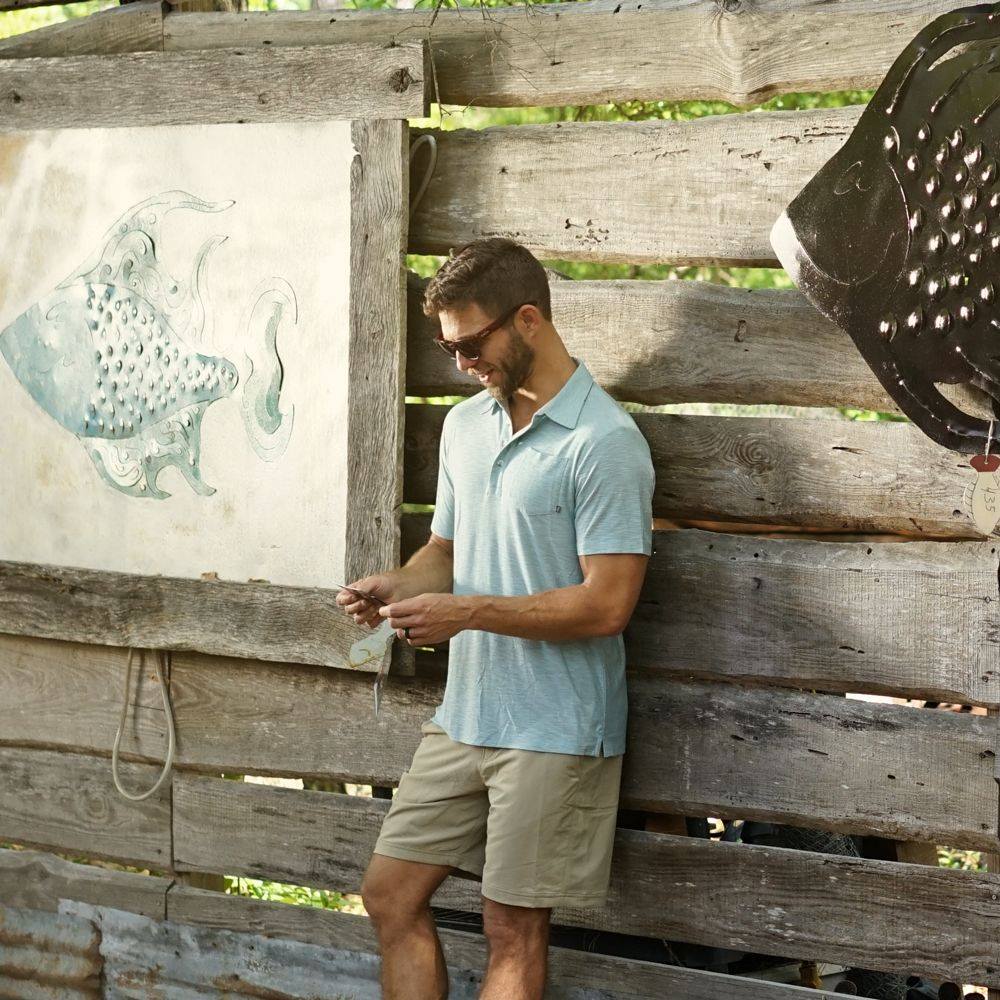 Not that I can’t focus on something, it’s that I have a tendency to focus on everything. It can be very distracting and lead to many started and unfinished tasks. I had a professor who I was helping with research and, while we were discussing which subject I would assist with, he asked which piqued my interest. I simply smiled and said, “That’s the problem, all of them.”

They all sounded fabulous and I knew I wanted to learn more about each. He laughed and immediately knew he had to rein in the situation before it got out of hand, assigned me to a specific task and sent me on my merry way.

Many artists run into this very same “problem.”

The term “starving artist” might come to mind. Most are uniquely brilliant souls who simple don’t understand the importance of one simple truth: “The #1 reason most businesses fail is because of a lack of focus.”

This statement is something Daufuskie local, Chase Allen, shared with me. He was a business major with big corporate plans and landed his first job out of college in the marketing department of Haig Point. In his downtime, he started to “sneak outside the gates,” into the untouched areas of Daufuskie.

His curiosity initially led him to question why anyone would want to live there.

Being a remote island, it lacked many of the basic necessities we’ve grown accustomed to. Making a living on an island with no real industry is no small feat. But this later became part of his inspiration.

His senior year in college, Chase was thrown a curve ball—made of mud. Well, clay. Well…slinging clay, more specifically. He took a pottery class and felt the thrill that working with your hands can bring. The gravitation of being able to create is a pretty powerful draw. I believe while each of us wishes to follow the path which inspires us, few have the courage to do so. But, when you stumble upon something that changes the way you think and ignites a hidden chamber within, you have to give it attention. Energy flows where attention goes.

As a business major, Chase understood the importance of keeping your day job while you follow your path.

He continued to work with Haig Point and pursed his artisan interests in his spare time. He apprenticed with Bluffton’s Potter, Jacob Preston. Jacob was an inspiration with his worldly travels, fearless adventures and ability to turn his passion into a way of life; a way to actually successfully support his life.

Larry and Emily Burns of Daufuskie were mentors, as well. Fellow potters and owners of Silver Dew Pottery, they welcomed Chase to the Island and shared their “story” with him. Not wanting to step on any toes, he began to dabble in other artistic studies to find what, in addition to pottery, interested him. One evening tech course in welding and ironworks later, he had his path laid out before him and started The Iron Fish Gallery.

The more time Chase spent on Daufuskie, the more the Island opened its arms and nourished his creativity.

Chase desired to be an artist who was unique, one that people would seek. If you’re on Main Street in a big city and someone walks into your gallery, it’s easily accidental or purely out of convenience. But, if you’re off the beaten path, that person who walks through your door does so with purpose. They have either sought you out or they’re a kindred spirit.

Chase claims he cannot take credit for his success on Daufuskie. “The Island either harbors you, or it doesn’t,” he explains. “It was a divine a plan,” not his. Not only did he find his career path by sneaking through the gates of the norm, he found his wife and partner, Rachel, on Daufuskie.

Rachel studied at UGA and was on the equestrian team.

Her interest in horses led her to the position she holds now, Director of the Equestrian Center at Haig Point. Rachel would be one of the kindred spirits who happened upon Chase’s path.

From personal experience and observations, it’s better to set some guidelines—outlines, if you will—and let your story write itself. Staying within the safety and comfort of the gates and vaults, may keep you safe from harm, but it limits the outlets you could explore.

This leads back to focus.

An artist can be easily bored. We see something shiny and are enthralled for a bit, and then something else catches our eye. In order to master something and be successful, you need to be able to focus and follow through. Chase has stayed true to The Iron Fish Gallery and focused on the success he wanted to achieve. Separating and allotting time for hobbies is a must for most artists, but being able to decipher a hobby from a career can be the challenge.

Daufuskie has provided Chase his home for the past 17 years, one in which he has no visible neighbors and always a welcomed knock at the door by someone who desires to see what he’s created now, which pressures him to better and further his trade. Asked if he’d ever move, he said, “No. [Daufuskie] has provided him with everything he needs.”

“It’s not the Island or lifestyle for most, but it’s worked for me,” he added. Chase has a way to support his life as an artist, can fill his freezer with freshly caught fish, and has his partner by his side. What else can a person want?