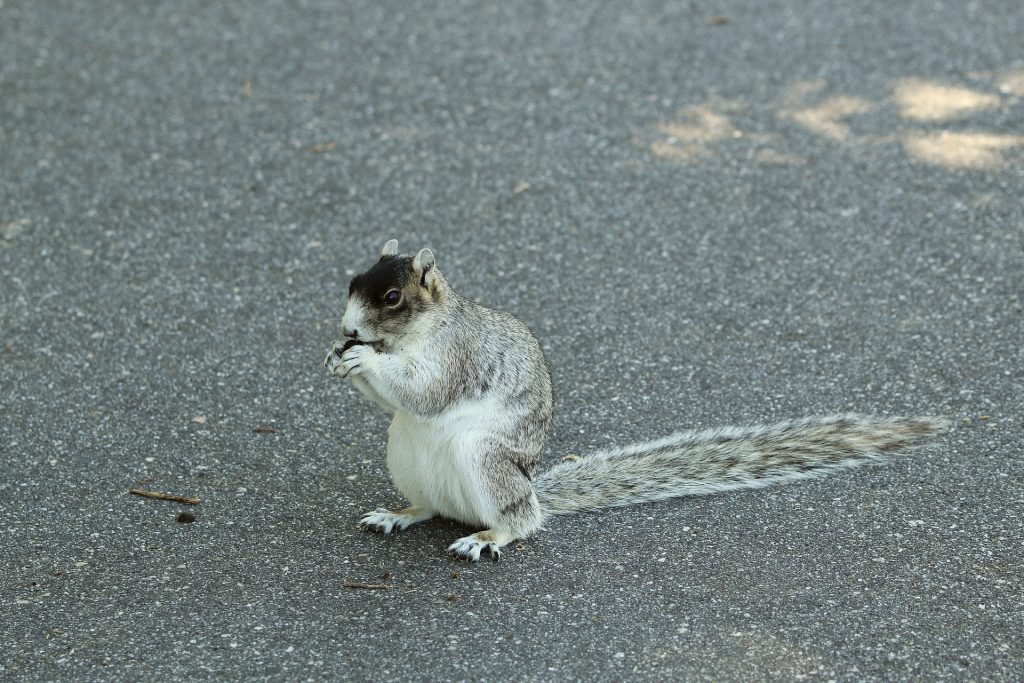 As children, storybooks teach us that squirrels are clever, funny, naughty, but cute animals. In our area, probably the cutest member of the squirrel family is the fox squirrel.

Fox squirrels are nearly double the size of their gray cousins. They range in length from 20-26 inches (including tail) with an adult weight range from about 2 to 2 1/2 pounds. While fox squirrels may exhibit two peaks of breeding – late winter and late summer, the majority of breeding in fox squirrels likely takes place in December and January. Gestation period is about 44 days, with most young born during February and March. Normal litters in South Carolina consist of two or three young.

These guys are opportunistic feeders known to consume a variety of food items. Diet will vary somewhat depending on season and local food item availability. Common food items for fox squirrels include seeds, nuts, fruits, flowers and fungi. Like other local squirrels, they may visiting your bird feeder for an easy meal.

Squirrel season annually in South Carolina opens on October 1 and closes on March 1. To many squirrel hunters, they are prized as taxidermy mounts. Fox squirrels have less reproductive potential, as compared to gray squirrels. Thus, the South Carolina Department of Natural Resources (SCDNR) discourages over hunting during the season

According to this online article from Tour Daufuskie, Grey Fox Squirrels, and have been prevalent on Daufuskie Island for hundreds of years.