Search
HomeBlog ActivitiesThe Lay of the Land on Daufuskie

The Island splits into five parts. 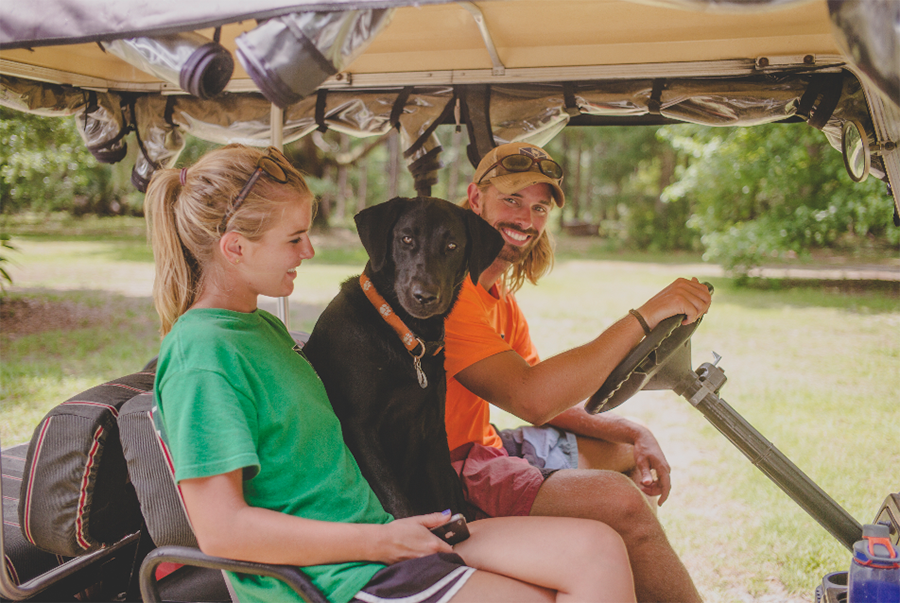 To the northeast is the Haig Point Club. Haig Point, a private, member-owned residential club, houses around 150 year-round residents and over 225 homes.

The western part of the island is unincorporated land. About 100 residents live here. Accommodations vary from cabins and quaint small houses to beautiful waterfront homes with private docks. This section of the island received federal designation as a historic district in the early 1980s.

According to a study conducted by the Savannah College of Art and Design, Daufuskie has excellent examples of Gullah homes which have not been altered.

There are descendants of the Gullah people living in this area on land which they have owned since just after the Civil War. The Historic District offersartisan shops, quirky restaurants and one coffee shop (located in the Mary Fields School where author Pat Conroy once taught), spectacular wildlife, historic church, and friendly locals. Most of the Historic District is traversed by historic winding dirt roads lined with Live Oaks. Most roads look very much the same as they did at least a century ago. Some of these include School Road, Benjie’s Point, Prospect Road, Bryant Road and Pappy’s Landing.

A census in 2007 by the local Daufuskie Island Fire and Rescue Department counted a total of just 429 residents living full-time on the entire island.

Rock musician John Mellencamp built a house on the island and uses it as a retreat.

Daufuskie is home to the First Union African Baptist Church, which is Daufuskie’s oldest building. It is still in use today as a place of worship.

The Island is part of Beaufort County, South Carolina, and has an elected council l. The Daufuskie Island Council serves as the official voice between Daufuskie and the county and other stakeholder groups.